Camp Pendleton has once again opened its doors for a special event. Over 150 participants made their way to the unique AO that is Range 131, an urban training ground normally exclusive to the Marines on base. The facility is a recreation of a war-torn city complete with multi-story buildings, roadways, signs, and working doors. Some buildings have sections removed to replicate damage from explosives, creating alternate pathways. On the inside, buildings are furnished and a few contain basements that lead to an underground tunnel system spanning the whole AO.

Combatants were split into 2 factions: the militarized Corporation Forces arrived in their patterned camouflage while the Civilian Resistance Forces dressed in either all black or civilian attire. Medics were assigned to each squad with the essential task of keeping their squadmates in the game. Weapon classes were kept to mid-range AEGs (Automatic Electric Guns) and GBBRs (Gas BlowBack Rifles). The rest came down to planning and cohesion.

Missions were fast and ever changing, all while each force had to contain and eliminate the opposition. Objectives included using power cells to gain access to building internals, locating and extracting role-playing high value targets, and arming/disarming explosive barrels. No one was safe as pathways and objectives were discovered. And as always, the team able to adapt to the environment came out on top, with the Resistance overcoming the Corporation with a victory.

The war does not end here, as tensions begin to rise in the prisons of Nevada. Word has it this uprise has sparked a fire in the forces up North and the Resistance forces have begun to organize. Continuing the story will have these two factions facing off once again at a former state prison by Reno. Titled “Operation Castle 2” Lion Claws has secured a continuation of this story on the weekend of September 9-11.

If you find yourself interested in participating in a future Lion Claws event, they occur round and on both coasts. As mentioned before, the next one is in Carson City, NV the second week of September at the former Nevada State Prison. For those who cannot make the drive, keep a lookout for “Operation Narcos” that same weekend in Southern California.

Be sure to follow Operation Lion Claws on their social media (@oplionclaws on Instagram) or contact them at admin@oplionclaws.com for more information. And remember, if you ever catch the G&G Armament booth, be sure to say hi and see what we brought on display. We always have new products releasing every month! Until then, stay safe and go out and play! 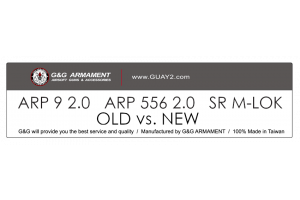 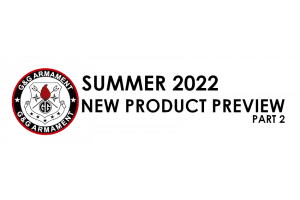