The holidays are approaching fast, and there are so many options on what to wish for under the tree. If you are purchasing to add to the collection or for the first time, here is a guide to lead you on the right path.

CM vs GC vs TR

Before we continue, let’s go over the classes of Airsoft guns G&G Armament offers, which fit within three types: CM, GC, and TR.

The CM Series is best suited for newer players, as they are easier on the wallet and use lighter polymer receivers. With this said, their versatility allows them to be a solid base for any custom AEG build. Some include a pre-installed MOSFET and ETU (Electronic Trigger Unit) for low battery protection and a programmable three-round burst. The CM class has the greatest range of variety, with many of the newer models blurring the lines to the GC line.

The GC Series takes a lot of what the higher-end CM models offer and sets it as their base. These include a pre-installed MOSFET, electronic trigger, and rotary-style hop-up chamber. The main additions that set them apart from the CM line are the full metal receiver and ambidextrous controls, with many of the CM rifles offered in a GC variation.

The TR Series (older models are labeled as GT) is the highest tier G&G offers with the most updated internals and capabilities. They take everything the GC line offers and expand on them. In every new AEG within the TR line will be a pre-upgraded G2 gearbox that adds reinforced internals, a quick change spring system, locking bolt catch, and an ETU cutoff that disables shots whenever the magazine becomes empty or is removed. Every licensed rifle G&G offers will be under this class, including one in the list below.

Now some classifications have been cleared up, let’s take a look at what you should keep an out for and, more importantly, should be available or restocking soon in time for the big day.

The next generation of the classic Combat Machine Raider, as well as the lowest priced G&G rifle to have a built-in ETU/MOSFET (only available on the longer “E” version), with detachable iron sights that give access to the top that spans the whole gun. Have attachments? The sides and bottom of the handguard are fully M-LOK compatible. Did I mention the receiver and handguard are made out of the CM durable polymer? Perfect for new players or ones looking to have a lighter base gun for attachments.

The newest kid on the block, the PCC45 is the modernized update to the UMG 45, with lightweight polymer, 10mm-style magazine with mock rounds, built-in ETU and MOSFET, folding skeletonized stock, and fully-ambidextrous controls. The handguard is M-LOK compatible and slides off to access the stowaway battery compartment that houses any small stick-type Li-Po. The quick change spring is one of the easiest accessible for swapping between indoor and outdoor play.

The love/hate relationship with players is undeniable, but one thing can’t be overlooked: the SSG-1 is a unique and fresh slate for any competitive build. A built-in drop stock provides space for full-face masks and can even adjust in angle and length for comfort. A tube-style handguard substantially reduces weight and ends with the uniquely designed muzzle that holds rail space and has room inside, perfect for a G&G UVT-106 2.0 Tracer Unit (Sold Separately).

Intro-level! And the only gun on this list that will come with a red dot in the package.

This is possibly one of the most diverse series G&G offers. Three receiver colors and three different lengths provide plenty of options. On top of that, every SR Series rifle is pre-installed with an ETU and MOSFET, making them Li-Po ready with a programmable three-round burst. On top of this, the metal handguard is Keymod compatible for all your attachment needs.

The fan-favorite for years and still running strong, the ARP9 popularized the 9mm rifle in the Airsoft world. Ultra-light with a tiny profile made it popular for indoor environments. The Super Ranger variants introduced five hardware colorways for that added twist. In celebration of its success, a special “Stealth Gold” version was introduced earlier this year, complete with a gold trim, mock-round midcap magazine, and micro suppressor. A GC version is also available, which converts the lower receiver to M4 magazines and uses a slightly modified handguard.

Oh yes—a fully licensed Knight’s Armament Company rifle. Full G2 Gearbox with upgraded internals, locking bolt catch, ambidextrous controls, and more! It can get confusing, so here is an explanation of the naming: SR15 means long M4, SR25 means long with a big mag (308), SR30 means short M4. The internals for each will feature our most updated G2 Gearbox, pre- upgraded and ready for battle. Among its features, a favorite is the gearbox lockout that shuts the gun off when the magazine is removed or runs out of BBs. This will add to the realism, signifying exactly when to reload. Note that this feature only works with G&G G2 Midcap magazines; any M4 magazine will work as well but it will not trigger the gearbox lockout. In addition, every version’s handguard is M-LOK compatible.

Reliable design and easy on the wallet, the GTP gets the job done. It has an internal striker design that is driven by a green gas magazine. Serrations near the front and rear of the slide provide better grip while reloading, while an ambidextrous slide catch allows it to be wielded by any shooter. Internally it has a ceramic whirl valve that helps kick off built-up frost as well as increase overall gas efficiency. The hop up is adjusted without having to remove the slide, like most pistols require. A hop up adjustment tool is built into the grip for 120 clicks of on-the-fly tuning.

G&G Armament’s take on the ever popular Hi-Capa line. Pre-upgraded components include the ambidextrous safety lever, elongated slide catch, precut slide, and threaded outer barrel. The GPM1911 CP is constructed from the same polymer found in the newer CM series receivers, with a metal slide version in the works. Powered by green gas, it’s ready for both indoor and outdoor play. And let’s just say it’s more upgradeable than you’d expect.

Hopefully this put you on the right path for your next (or first) Airsoft gun. If this is your first Airsoft gun purchase, be sure to check out our New User Guide. It will go over the essentials every owner should know about batteries, hop up units, BBs, and warranty. If you have any questions that weren’t answered here, feel free to contact us at support@guay2.com for international support or rma@101techcorp.com for North American support. Good luck, and see you on the field! 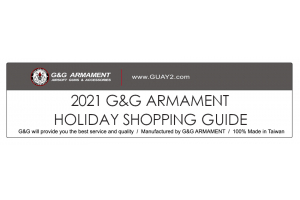 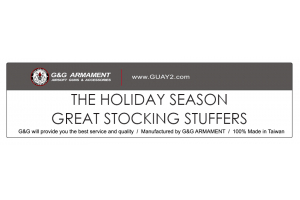 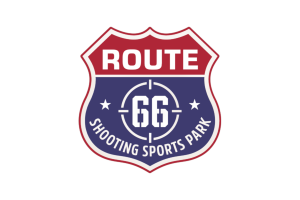 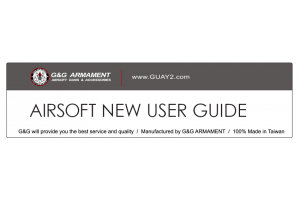 You and Your New Airsoft Gun (AEG Edition) 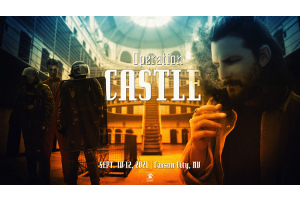